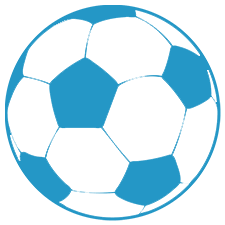 I am V P KANAGALAKSHMI currently pursuing 2nd year of BBA in a Govt. Brennen College and my father named PARANJOTHI V working as a supervisor, my mom named PADMA P. We are living in a village named Kalarampatti in Salem. I started playing fencing foil in the year 2013 from then, I have achieved a lot medals and trophies at National and International level both as an individual and team player.

And Won 2 ties gold at Punjab individually, Won 2 times silver at Chandigarh and Karnataka individually, Won 3 times Bronze at Maharashtra and Telangana individually, Won 16thplace in London individually and first place as a team, 8th place in England, 38th place individually and 9th place as a team at Jordan Amman, Won bronze as a team at Bangkok and participated in various countries of the world like South Korea, Dubai, Egypt and Poland. I would like participate over many competitions held over world and make my motherland proud and cherish. To attend upcoming  International level competitions I need to attend my training camp over Budapest for three months which costs over 7,00,000 (inclusive of all allowances). WE BELIEVE IN NEXT GEN!
SUPPORT OUR CAMPAIGNS TODAY